Garbage incineration plants use boiler tubes to carry steam to generate electricity, tubes that are constantly under extreme stress. Because this technology was initially considered to be so original, it was thought in Japan at the time as being “outside of common sense,” and hence was not taken seriously. Despite being initially rejected in Japan, the engineers that developed the early versions of Bi-met were able to find acceptance outside of Japan.
Our sales staff joined with the engineering staff to sing the product's praises, leading to increased sales abroad. Japanese customers soon took note and began using our technology, leading to it finally being embraced in the country where it was born. 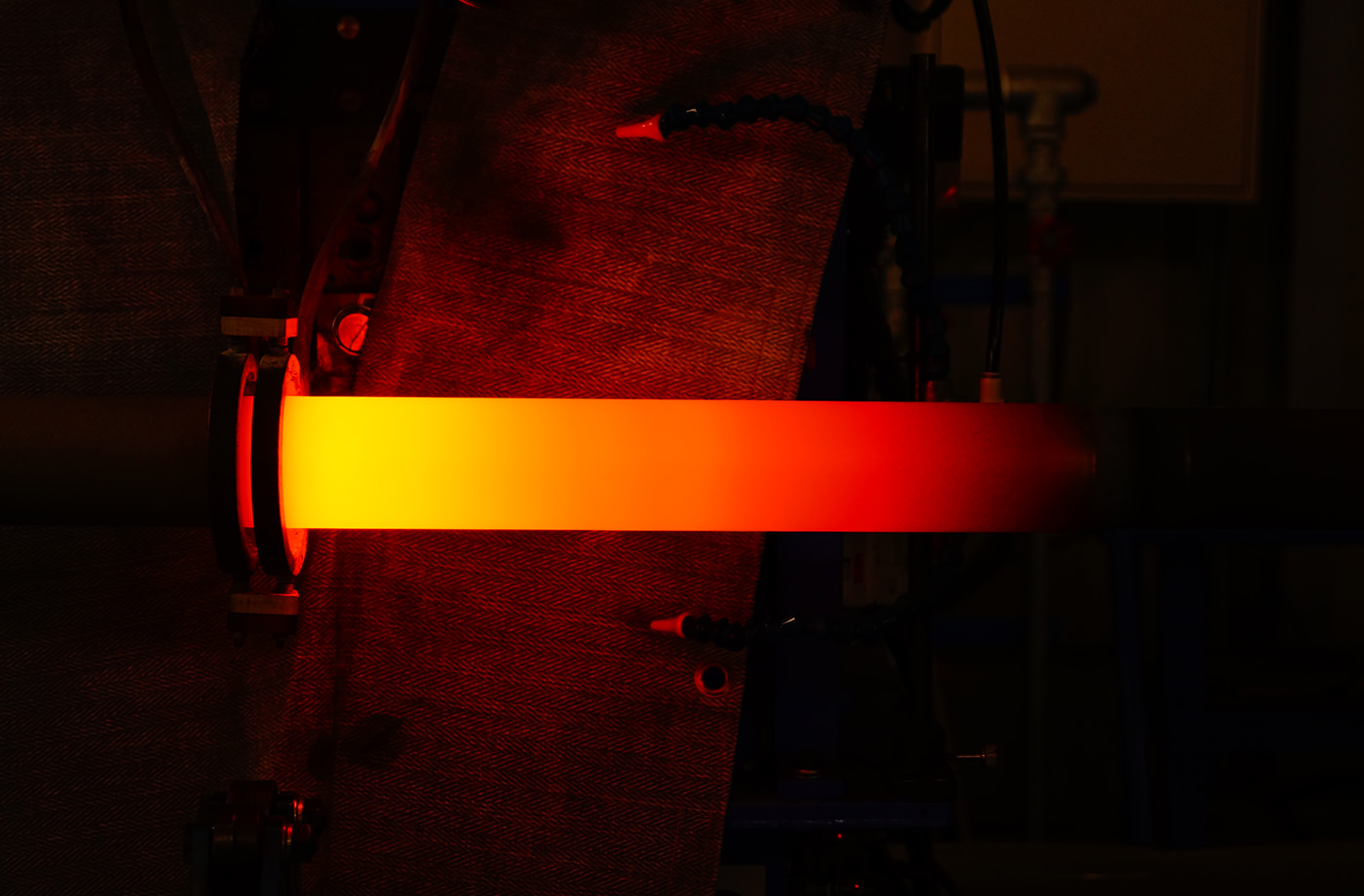 New pipe-coating technologies that got their start overseas

With DHF's Bi-met induction fusing, alloy powder is melted and then thermally-sprayed on the outside of pipes, after which fusing is performed using induction fusing to ensure that the alloy powder adheres completely and evenly to the pipe. When this happens, the interface (boundary layer) between the pipe and the alloy expands, forming a layer combining the iron and alloy. The result is an alloy pipe that is extremely resistant to wear and corrosion. Although the techniques for coating pipes with alloys in this manner existed previously, DHF was the first company to drastically improve durability by using induction fusing. When our engineers presented their findings at an international academic conference, some engineers from Taiwan became interested. They asked our DHF engineers if it would be possible to apply this technology and processes to boiler components in Taiwan. In response, our engineers began devoting their efforts to the needs of the Taiwanese and to further development and implementation in the area of refuse incineration plants. 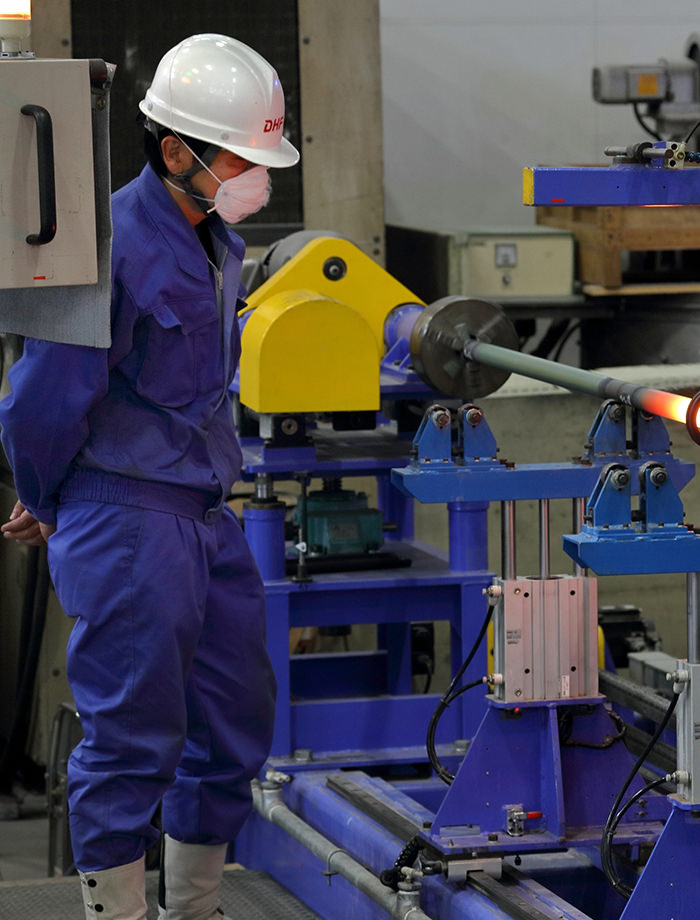 The positive response in Taiwan and the harsh, negative reality in Japan

Although sales were increasing in Taiwan, at that time (circa 2005) the same could not be said for Japan. This was mainly because at that time there was no general awareness of thermal spraying technology in Japan. The mistaken belief that “whatever is thermally sprayed on will easily come off” was strongly held by many people. When our sales representatives explained that a high-frequency fusion process would be used after thermally spraying the pipe, resulting in more than sufficient durability, most people scoffed, responding that, “No, there are no precedents.” It seemed like it might be an “unfortunate” technology that no one was willing to apply.

Despite its poor reception in Japan, the technology saw steady growth in Taiwan. By changing conventional boiler tubes which had to be replaced about once every six months to Bi-met applied boiler tubes, it became a proven that the Bi-met tubes only had to be replaced once every several years. As a result, maintenance costs and down time were reduced, while possible risks of boiler damage were kept to minimum. 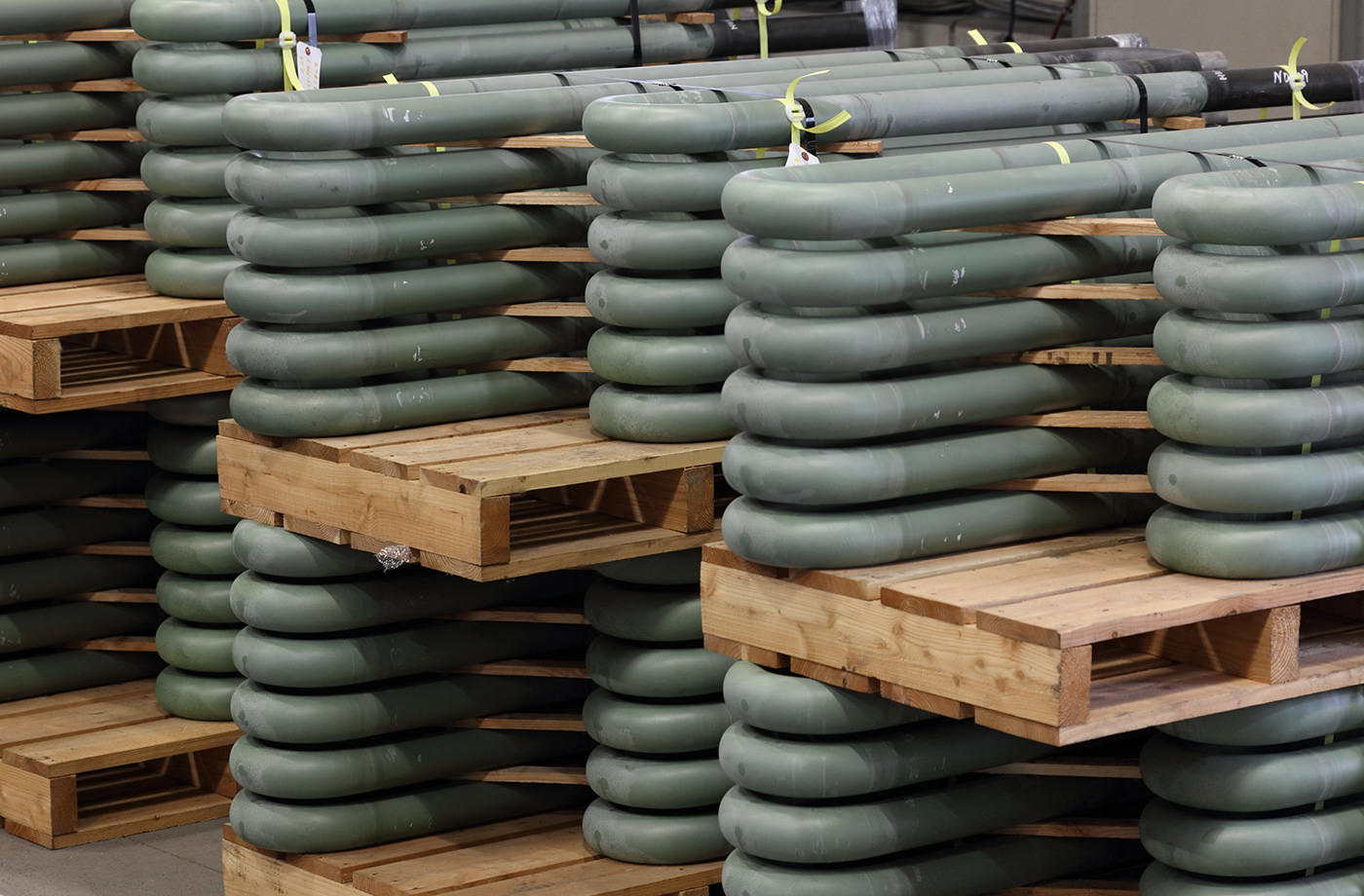 Leveraging good reputations overseas to bring technology back to Japan

Given the established record in Taiwan, the sales representative at the time said confidently, “The more that I think about it the more I think that this is a product that can contribute to society. In facilities run by local rural communities, this could extend the life of boilers and as a result could cut down on taxes.” Based on these developments, we have decided to “re-approach” the Japanese market with Bi-met. We will repeatedly approach local municipalities in Japan and negotiate so that we can at least give them samples. There may be some people who want to dive into the incinerator themselves, and there will surely be people that its use to the person responsible for the relevant work. This is about a decade behind our business in Taiwan. Finally local municipalities in Japan have begun to adopt Bi-met systems, chiefly in the context of garbage disposal facilities.

We have been fielding a growing number of inquiries from South Korea, the U.S., and many countries in Europe about representative DHF products, but we are certain that these products cannot be imitated by other companies.

One of the main benefits of the Bi-met suite of technologies is that you can take a relatively inexpensive part made of metal and completely change its characteristics by applying these processes to the surfaces. It should go without saying that if you use high-end materials you will get results commensurate with them. That said, the “DHF Spirit” aims not only for the advancement of technologies but also for superior cost performance. As part of that spirit, our representative Bi-met products aim to achieve energy efficiency, long operating lives, and maximum safety. 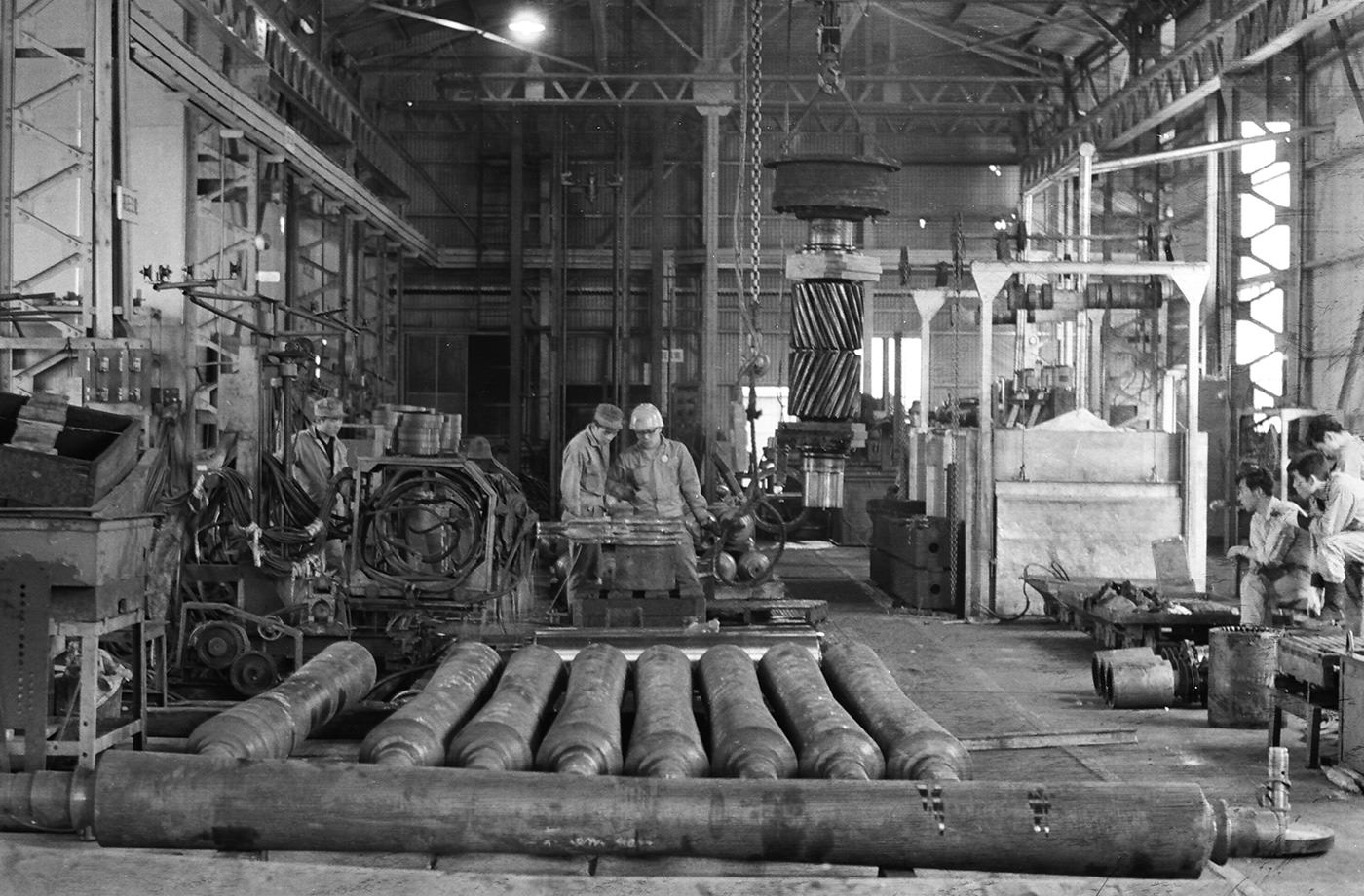 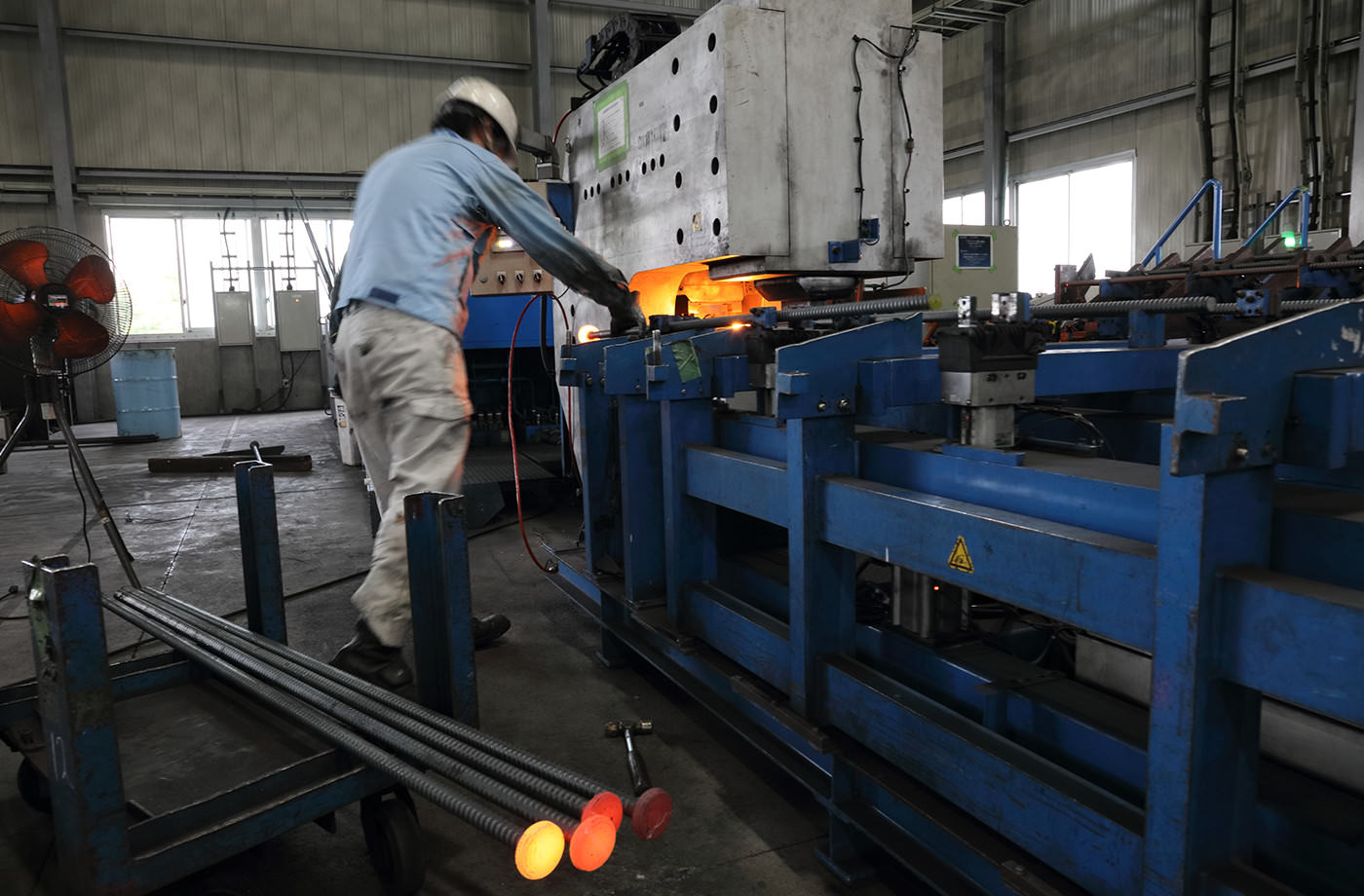